As the priest drove away, painted smiles on my new guardians, transformed into distorted scowls akin to grotesque masks in a Twilight zone episode.

The Mister, seethed,“Well Mrs., looks like we have that summer labor we’ve been prayin fer.” Mister was a scrawny crotchety person. Shoulders bare, void faded blue straps of baggy overalls.

The Mrs., although equal in height to Mister, was at least three times his girth.Belching loudly,she walked, protruding rib fat caused her arms to orbit around her body, similar to Randy from “A Christmas Story”never actually being able put them down.

The Mister, spewed an ebony stream of tobacco-laden spit, landing squarely on a saw legged grasshopper, What’s your name“Injun,? It wasn’t the word Injun, but how it was said. The tone inferred dominance. A wave of Familiar Rage sets in.

Grasshopper recovered, burst forth, ricocheting off a scrap sheet of tin roofing. The ping carried. Grinning internally, I too would have my escape, after dark.

“My given name, Binesi. It means…”

(…”Thunderbird” I thought to myself)

“Get to work! Start by hauling that wheelbarrow to the compost pile. Earn your keep? You can sleep in the loft with the chickens.”

Written for Sunday Photo Fiction a 200 word limit fictional story based on the provided photo prompt. Thanks Dawn Miller for this weeks photo.

Fictional yes but many beyond the boundaries of Canada are not aware of North America’s Residential school system which was a a cultural genocide of our continent’s indigenous people. 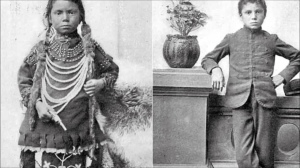 A great novel which I enjoyed was When the Legends Die addresses the destruction of a little Indian Boys heritage while bonding with an unlikely father figure.

Peace to you all. 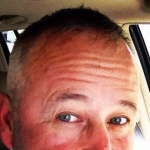