For those familiar with the parable of The Prodigal Son

Irresponsibility, gluttony, lust, redemption, jealousy,  unconditional love, and forgiveness. All the makings of a great parable.

There is an implication that the father was wise in emulating God’s unconditional Love for HIS children. If there is a parallel of the father and God, would God have coddled his son by giving him the inheritance? If we saw similar behavior today wouldn’t the younger son appear to be nothing more than a spoiled rich kid ?
An often overlooked part of the story is the humility shown by the youngest son upon his return. If I were to add to the story, perhaps the Father realizes his mistake in coddling his youngest, learning that he also is not perfect. As a father of 5, I look back to my father figures and I must admit, some of the most profound lessons learned weren’t always what they did right but rather from their many mistakes. Here is to my children learning from mine. 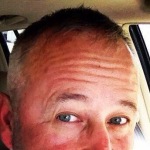