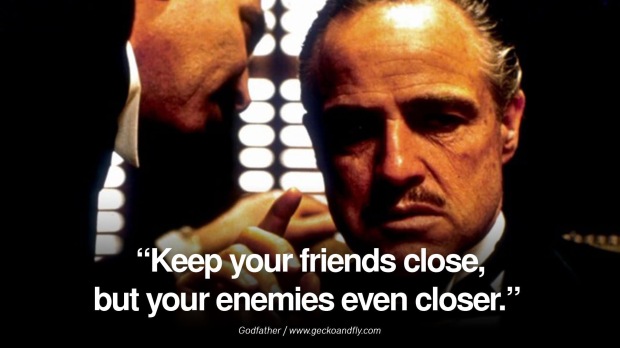 With a seemingly endless supply of pompous self righteous memes at our fingertips, within 3 taps on our smartphones another passive aggressive zinger/ “gotcha” post is on its way. It is so gratifying isn’t it? At least for the moment. I once had two older colleagues that had never met face to face but being in the same industry had nonetheless clashed while pursuing the same business. I knew for a fact, neither were on social media(i.e. FB) With me in the middle, I would hear each of them talk trash about the others shortcomings. By chance I was to meet with each of them at the same venue. What a surreal moment as I introduced them to each other. There was an awkward silence, eyes met and they shook hands. They exchanged niceties and even managed to smile. I realized then that It is so easy to throw a grenade at someone not knowing the extent of the damage it might do. But as these older gentlemen showed, it is much more difficult to take a shot at another within point blank range when no doubt you could have blood on your hands. Point being this type of behavior is nothing new. Much like missile carrying drones.,social media just makes destroying and attacking others easier and more precise. Recently it has been a struggle for me as I felt wronged by many I thought to be friends. My only real path to finding peace was to ACCEPT the “status” of my relationship with each of them. In that acceptance I had to take ownership of whether I might be tempted to lob “grenades” their way. If that temptation was there, I unfriended them. Against conventional wisdom, I choose to keep my friends close and my enemies, a little farther away. Peace to you all.